What is National Living Wage?

Living Wage is aspirational target set by Independent Living Wage Foundation. The new NLW was introduced first in July Budged by Chansellor George Osborne. It was one of the headlines then and has most the time been on the news since. It could be described as an increase on minimum wage. National Living Wage as announced by Chansellor was £9.15 for London and £7.85 hourly rate for the rest of UK and it’s to meet the basic needs for an individual and his family. But there been a planned increase of the minimum wage on 2016.

Experts been arguing there might be a significant job loss of 60,000 jobs and that the employers going to manage the National Living Wage by cutting jobs.

According to ‘take action’ a charity that promotes Responsible Investment, more than 1200 companies have signed up to the standard of Living Wage which have agreed to pay at least these rates for all their staff. This has an impact upon 60,000 families across UK and counting.

Today Lidl supermarket announced that from 1 October it’s going to pay all it’s employees the National Living Wage. This is the first supermarket to implement the minimum wage as recommended by the Living Wage Foundation. 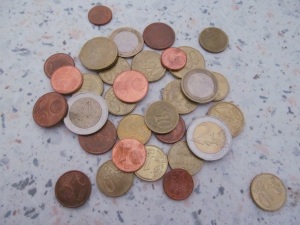 It said from first of October Lidl employees will get a minimum of £8.20 an hour in England, Wales and Scotland while employees in London will get a £9.35 per hour. The supermarket says the pay rise would amount to £1200 a year for an individual as average.

This increase on the Lidl supermarket employees it’s the best on this sector. None of other four major supermarkets currently pays the National Living Wage.

Sainsbury’s are arguing that they pay it’s employees for the time they are having a break, also they said they paid a bonus £50 million to it’s staff, only last year which Lidl don’t do.

Tesco is reported to say it’s pay rate is the best in supermarkets a £7.39 hourly and it give a staff discount and share scheme and pension.

From 1 October Aldi is paying a hourly rate of £8.15 whereas Asda is paying £7 per hour to its employees.

According to BBC news ” The chief executive of Lidl, Ronny Gottschlich said: Lidl employees will be the amongst the best paid in this sector”

The company wanted to share it’s ‘success’ with it’s staff.

Nesta, an Innovation Charity with a mission to ‘help people and organisations, brings great ideas to life’, suggests that the National Living Wage poses particular challenges in three areas.

Nesta is supporting a significant body of innovations in care for older people and people with long term health conditions through their Health Lab, and on innovation in child care. Across the care sector individual wages are low, but the wage bill represents a very high proportion of total costs, so the National Living Wage will have a significant impact on employers.